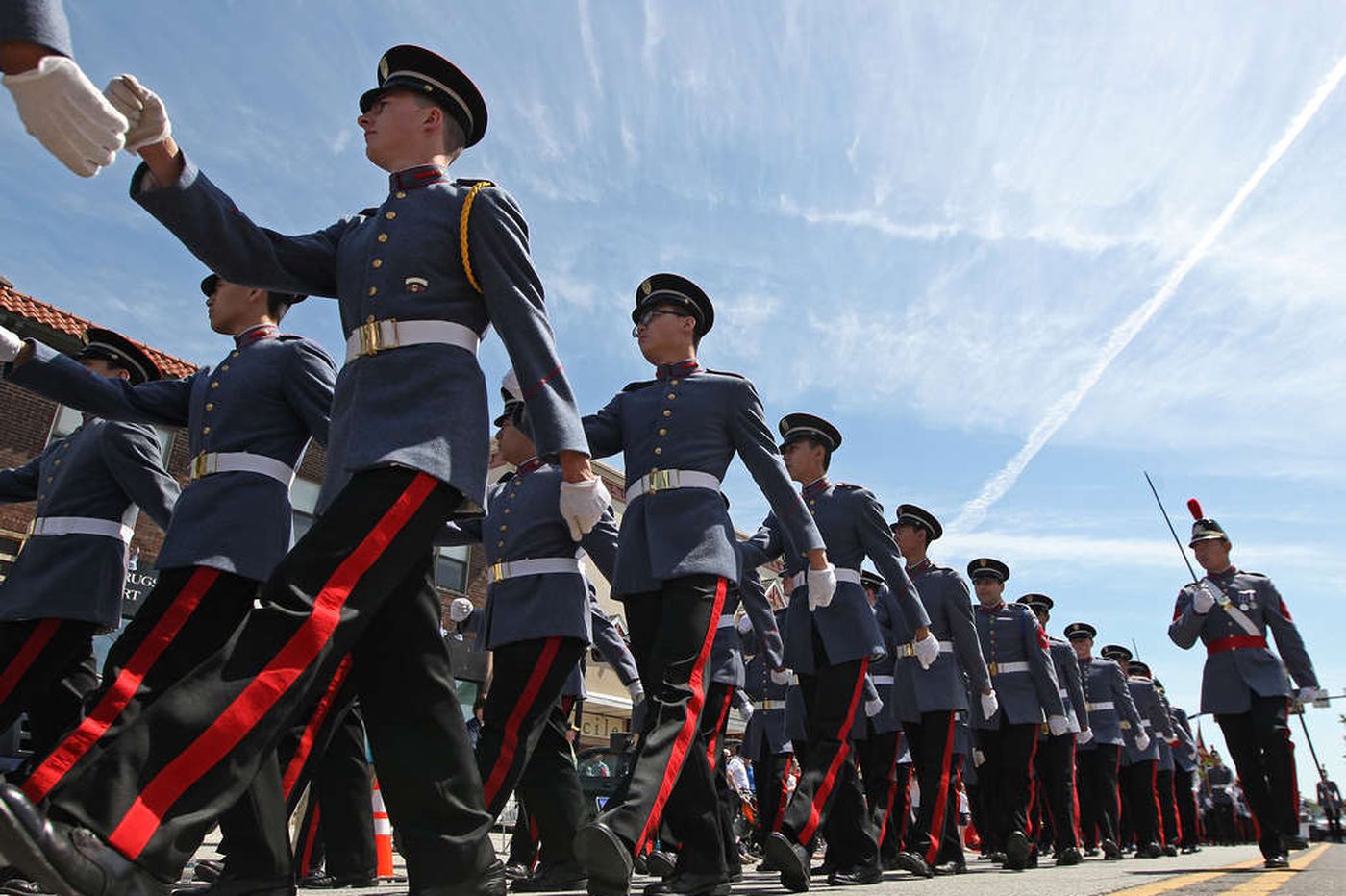 Citing falling enrollment, weak finances, and mismanagement at Valley Forge Military Academy and College, a rebellious faction of school alumni is openly seeking regime change on the current board of trustees, claiming that a complete housecleaning is needed to preserve the institution.

“It’s dire,” said 1988 alumnus Dan McSweeney, who said the academy had 750 students during his time, compared with fewer than 175 planned for this year’s class. “This could be the academy’s last year. And if not this year, then soon.”

The school that produced Stormin’ Norman Schwarzkopf, who led Desert Storm; H.R. McMaster, a former national security adviser to President Donald Trump; and author J.D. Salinger, among others, has been in a downward spiral, say upstart alumni who point to manifold problems. The school has had seven school presidents in the last decade, an insufficient endowment, and allegations of brutal student hazing.

Incumbent trustees on Valley Forge’s board say the criticism is overblown and that they are moving aggressively to tackle its problems. The trustees are “right-sizing” the institution, paying off debts, and licensing the Valley Forge brand online to raise money.

The current board chairman, John English, who runs a defense contracting consultancy, described the angry alums as a “collection of malcontents.”

“This place isn’t closing,” said English. “Not after all the work we’ve done. They have no clue.”

Founded in 1928, Valley Forge Military Academy and College offers an all-boys’ prep school for cadets through high school, and a two-year co-ed junior college program. Priced at roughly $45,000 for tuition, room and board, it is the last military academy in Pennsylvania.

Valley Forge is one of roughly 40 accredited military schools nationally, and its declining attendance tracks America’s move away from a military-style education that includes uniforms and a hierarchy aimed at teaching leadership.

Ray Rottman, executive director of the Association of Military Colleges & Schools of the United States, said about 10,000 student cadets now attend military prep schools, and 11,000 more attend military colleges. That’s down from a peak of roughly double that student body size in the 1950s. Only about 3% of all these school graduates go on to join the military.

Who owns Valley Forge? Like most military academies, it’s a nonprofit run by a board of more than a dozen trustees and “they’re responsible for strategic vision,” Rottman said. “The board of trustees is the leadership, not the president” at schools such as Valley Forge, he said.

Valley Forge Military Academy’s board of trustees numbers 14 currently, and membership is by appointment by other trustees only, as is standard practice for nonprofits. Some trustees have been on the school’s board for decades, fueling criticism that the board has become ossified and resistant to change.

To shore up prospects for the 92-year-old institution, a group of Valley Forge alumni, former school officials, and former trustees this month launched the nonprofit Medenbach Foundation, aiming to support “the school’s improvement and long-term success.” The foundation is named after the late Lt. Gen. Milton H. Medenbach, a past president and superintendent of Valley Forge Military Academy.

The foundation’s stated intent is to financially support cadets and supply oversight of the school. But it also seeks to serve as a parallel administration in exile.

In March 2019, Lord resigned after less than a year on the job, citing a lack of integrity by the trustees. He is now barred from campus.

Charges of board meddling

Veteran military leaders who attempted to fill the role have accused the trustees of micromanaging day-to-day operations. The near constant meddling made the work untenable, said Lord.

“I resigned,” said Lord, adding that he offered to stay in 2019 for the remainder of the fiscal year. “Then they fired me.”

Following Lord’s dismissal, trustee Maj. Gen. Jessica Wright, a former undersecretary at the U.S. Department of Defense, quit the board in support of Lord. In her 2019 resignation letter, she called the “present governance structure and apathetic attitude” of the trustees not only “troubling” but “reprehensible.”

“I empathize with the reason for his resignation — the lack of governance and intensive micromanagement he endured through his tenure,” Wright wrote. “A combat-tested, exceptional leader. .. General Lord requires no micromanagement. The fact that board members call and instruct VFMAC operational staff is both breathtaking and embarrassing.” She urged the board to take the recommendations of an outside consultant’s report. 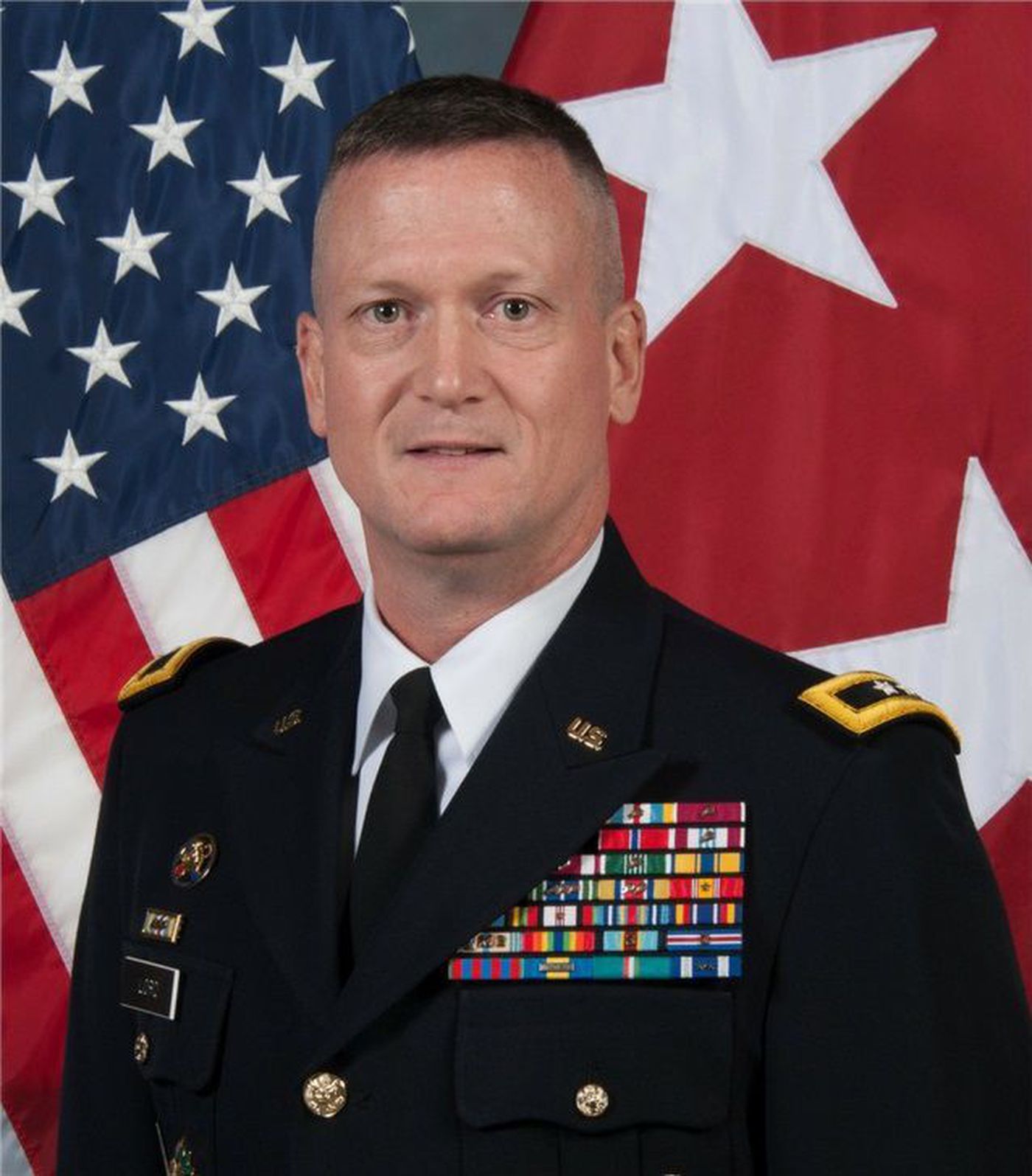 The insurgents believe that the school’s finances are dismal and that the board hasn’t acted decisively to change that. The school has lost money in six of the last 10 years, according to its tax returns.

Current board chair English responds that Valley Forge has paid off all the school’s long-term debt. It has formed a partnership that will license the school’s name to a “leadership academy” in Doha, Qatar. And he said it will launch a Valley Forge-branded online school next year.

In cost-cutting moves, the school’s associated junior college eliminated all sports programs and ended a day-school program that educated civilians with no interest in military careers. That was before the pandemic.

In June, the school disbanded its cavalry and sold off 16 horses. “We only had seven kids returning who were interested in the program,” said current school president Col. Stuart B. Helgeson. “Economically, there wasn’t a demand for it. We’ve started an eSports team, instead.”

Last year, the school sold off a prime parcel of real estate at the corner of Upper Gulph and Radnor Roads to a developer for $1.6 million, a price the insurgents say was too low. “There are many schools that are shedding things to shore up finances,” said Helgeson who called the price fair.

Helgeson and English acknowledged falling enrollment — which is expected to number between 150 and 175 cadets on the 100-acre Wayne campus this fall — but English attributed the decline to the impact that the coronavirus is having on all boarding schools.

Helgeson said the number of administrators and faculty in the academy was reduced from 21 to 17. An additional 10 tactical officers watch cadets during non-academic hours

“We‘re going to right-size, and we will break even this year,” English said. “We’ve got a plan. The school is in no way close to closing. It’s just not the case. I know what we’re doing. They don’t.”

A decade of turmoil

“The Forge” has been wracked by turmoil for the last decade.

The school’s endowment has languished at about $11 million for years, which means it relies more on cadet tuition, room and board. (The similarly sized Church Farm School in Exton has an endowment of $150 million.) Many students at Valley Forge receive heavily discounted tuition.

A study by the Healey Educational Foundation, a Haddonfield-based consulting firm, found that enrollment at VFMAC had declined by more than 40% over the five-year period ending in 2018.

The independent study, paid for by a trustee close to the insurgents and provided to The Inquirer, said the reason was that “the academy was not living up to its promises to parents.”

While praising then-president Lord, the Healey study also warned that “the school will not survive if the board continues in its present form and function” due to its “lack of strategic vision” and inability to put its financial house in order.

The Healey report excoriated the board, saying it had “not executed its fiduciary responsibility to the school” by accumulating $7 million in debt and running a deficit.

The debt was paid off last year, but the rebel alumni suspect that the board did so by misappropriating money earmarked for scholarships and using funds intended for a new building to be named after the family behind food giant Chef Boyardee. A spokeswoman for the school denied these allegations, saying the gift “was used for the exact purpose for which it was intended.”

Several investigations were launched in recent years into alleged cadet-on-cadet brutality and violent episodes of hazing, including waterboarding and a practice called “toothpasting” that involved ritually sodomizing fellow students with a lacrosse stick. A 2015 whistle-blower complaint filed by a former dean of student services alleged instances of boy-on-boy and boy-on-girl rape.

One member of the Medenbach Foundation alumni group has filed a complaint with the Pennsylvania attorney general, alleging mismanagement by the nonprofit school, said Lord. The AG’s office regulates nonprofits.

Parents in focus groups complained about little discipline, students cutting classes, disruptions in class, light supervision of study halls, and, worse, physical and sexual abuse, according to the Healey report.

In a lawsuit filed last year in Philadelphia Court of Common Pleas, a former student alleged that he was sodomized with a lacrosse stick as part of the hazing ritual called “toothpasting.” Brian Kent, a lawyer for the former student and his parents, said the Title IX lawsuit is ongoing and is now in the discovery phase.

While the struggle for control goes on, the physical plant keeps deteriorating, said Ray Bossert, a retired U.S. army colonel and Valley Forge alumnus who served as a senior tactical officer at the school before he quit last year in solidarity with Lord.

“When I walked back in three summers ago, I found my name carved into the same furniture from the ’80s,” Bossert said.

“There’s been little to no investment. We can’t compete with Main Line boarding schools with sleek furniture and IT that’s state of the art. The schoolrooms are woefully outdated. The gyms, the pools have suffered because of money problems.”

Alumni and parents sued the trustees in March 2019 to have Lord reinstated, but the case was thrown out last November for lack of standing.

When the school’s official alumni association board of directors again challenged the trustees on multiple issues in 2019, the trustees simply disbanded the alumni group.

Current board chairman English confirmed the dissolution of the alumni association. He said the school “didn’t need another layer of bureaucracy.”

Several of the alumni — including Lord — were banned from campus.

“I’m still considered persona non grata,” Lord said. “And security has been told that if my wife steps foot on the grounds, they are to call the police.”

English said the ban was because some of those alumni posted images on social media depicting trustees in the cross-hairs of a rifle scope. Alumnus Al Ciardi, a longtime critic of the board of trustees, denied that, saying the FBI had investigated and determined that the alleged threats were unfounded.

“We keep hoping these guys would go away,” Helgeson said. “They’re weakening the brand.” 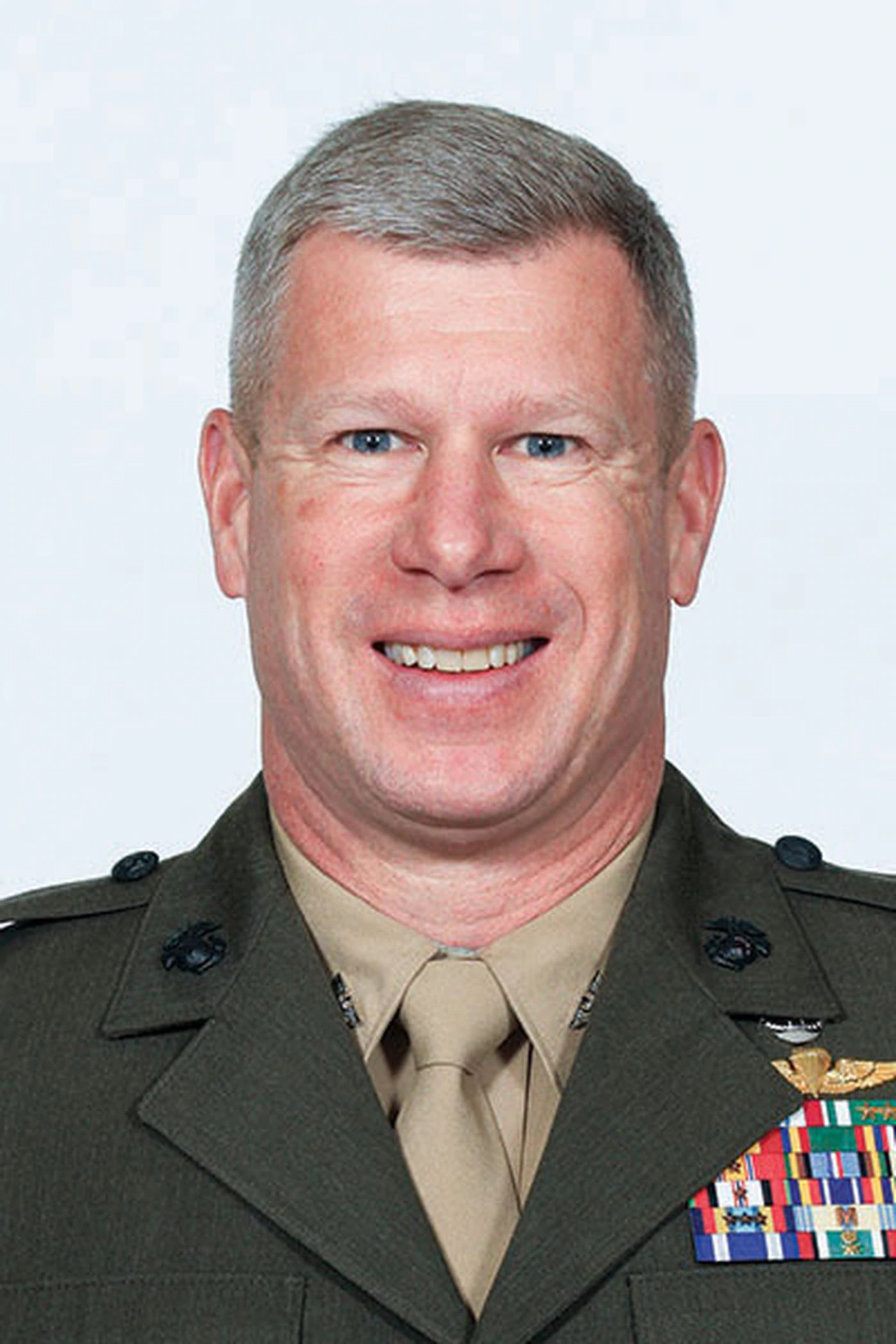 When Helgeson arrived at the academy in 2017, the school “had some challenges,” he said. “But the wounds, the challenges now are more self-inflicted with this group continuing to promote unrest.

“It’s disheartening. For all the time they’re putting into this they could do something positive,” Helgeson said. “Why wouldn’t they want to see their alma mater succeed?”

Carrie Picone, a 2009 graduate of the College, described the establishment of the Medenbach Foundation as “an act of hope.”

“We have to be honest about the fact that we are fed up with the current leadership failures at Valley Forge,” Picone said. “It’s time to get serious about holding the trustees accountable for the damage they continue to inflict and their deliberate lack of transparency.

“It’s become a case study in how not to run an education institution.”

Helgeson, the school’s current president, hopes for the best. Asked directly what the prospects were for keeping Valley Forge open, he sounded a note of warning.

“I can’t stand here and say I have a crystal ball,” Helgeson said. “But I can say if we won’t stand together, we all will fall.” 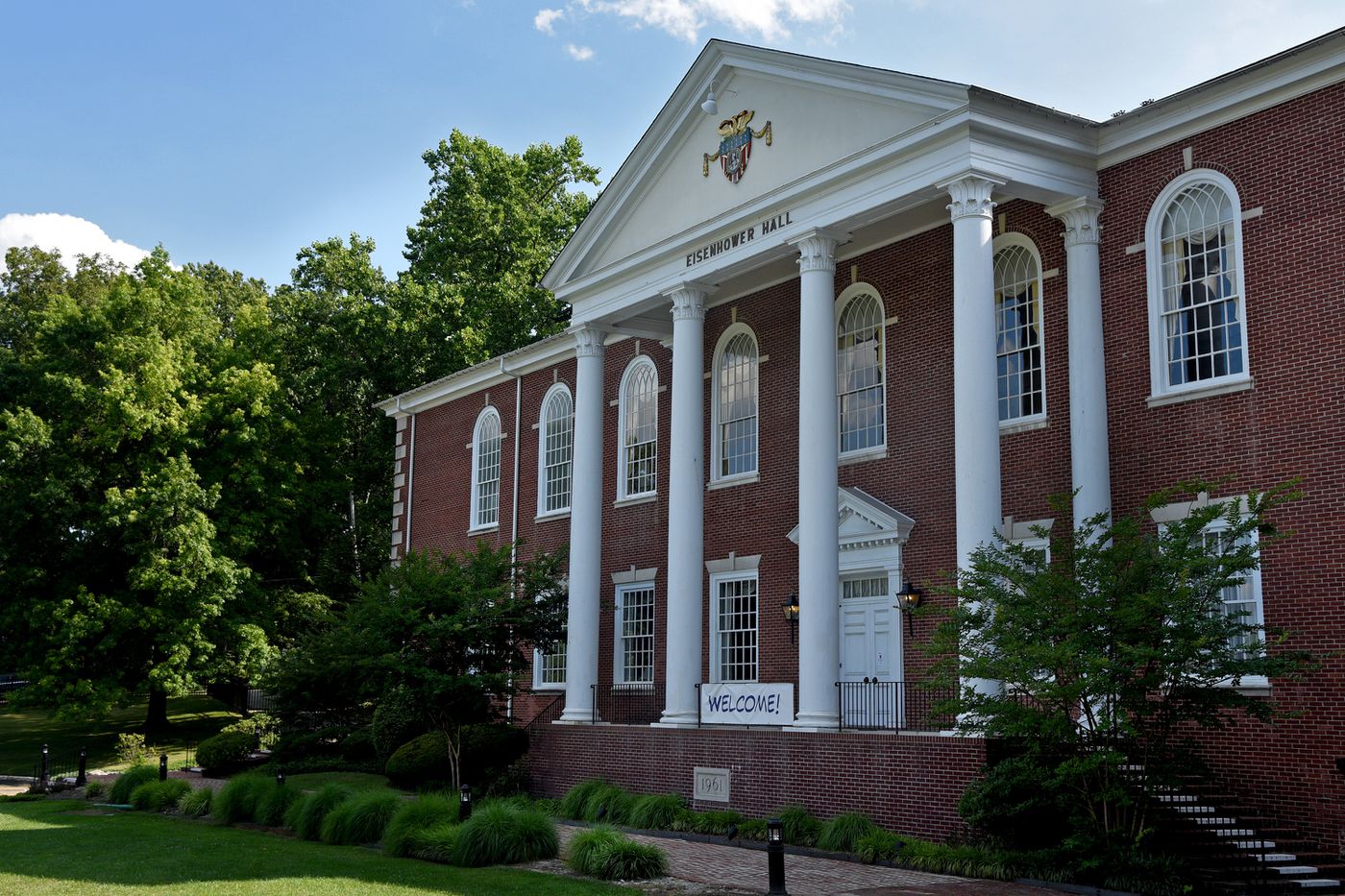 To fill the void created when the VFMA&C Alumni AABOD was disbanded by creating an independent, non-profit alumni- and family-led organization that is dedicated to: