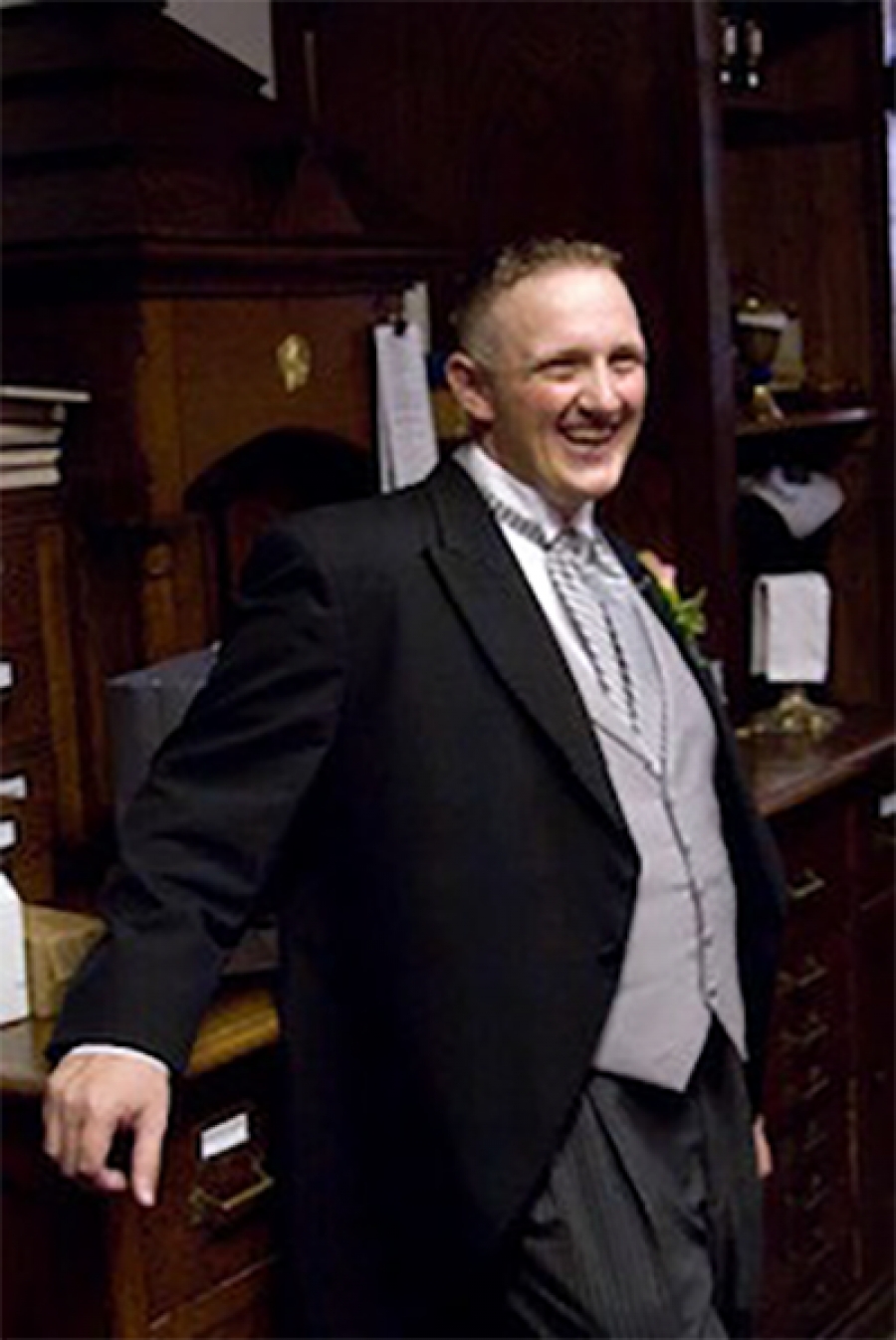 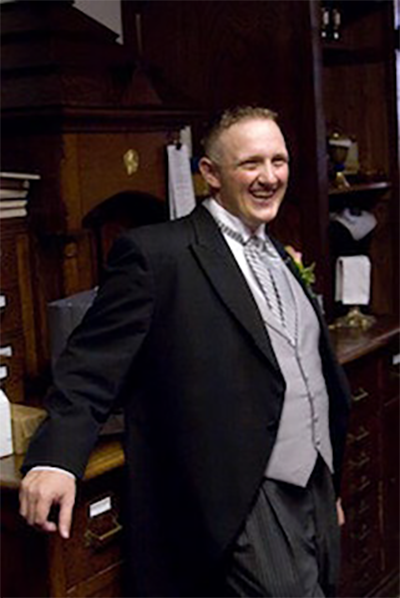 Sean Edward Fox (44) passed away suddenly on February 23, 2022 in Orlando, Florida. He was born in Patterson, New Jersey and resided in King of Prussia, Pennsylvania. Sean was the Director of Operations for Onix Hospitality, based in Kennett Square, Pennsylvania. He loved his job and enjoyed traveling between Delaware and New Jersey.

Sean was an ardent sports fan. He was particularly fond of the New York Giants, the New York Yankees, the New Jersey Devils, Seton Hall Pirates and, as every Irishman should, a follower of Notre Dame football. Sean was a master of sports trivia and was chosen to be on “Stump the Schwab” on ESPN in the early 00s. He also auditioned (multiple times) during open casting calls for ESPN and WFAN. He loved “talking and texting trash” with friends and family. Sean could be found wearing Yankees gear at Fenway, Devils gear in MSG, and Seton Hall gear at the Pavilion at Villanova University.

Sean was proud of his Irish heritage and was a member of the Friendly Sons of the Shillelagh in Belmar, New Jersey. He was also a proud alumnus of Valley Forge Military Academy and College, in Radnor Township, Pennsylvania. It was there that Sean met his “brothers for life”, in particular his “Five Year Family.” Sean was an amazing friend to all and a man of true character. He held a love for VFMAC that cannot be touched or tarnished. “Let Courage be our stand. Honor our guiding hand, Conquer throughout the land, Valley Forge for thee”.
Sean had the brightest eyes, a glowing smile, an infectious laugh and a sense of humor to rival the best comedian. He enjoyed telling stories, especially the 30-year-old story of how he was pushed out of a car due to sitting on fresh bread from Calandra’s, having his ankle run over and thereby ruining his chance at a MLB career.

Sean was predeceased by his parents, Edward and Kathleen Fox. Left to treasure his memory are his son, Liam Pádraig, his wife, Tish Cooper Fox, his Sister and Brother-in-Law, Tara-Lynn and Marcus Arrieta, nieces and nephew Madelynn Rose, Michaela and Mason, in-Laws Ralph E. and Letitia M. Jensen, Selden F. Cooper, and Christopher Sonin and many aunts, uncles, cousins and countless friends. The family would like to thank his Valley Forge Brothers and Sisters and The Friendly Sons of the Shillelagh for all their love, support and generosity, and his dear friend Kristyn Frehafer, who was with him when he passed away.

“They lived and laughed and loved and left”. James Joyce, Finnegan’s Wake